On Monday, December 10th, House and Senate Agriculture Committee Chairmen Mike Conaway (R-TX) and Pat Roberts (R-KS) and Ranking Members Collin Peterson (D-MN) and Debbie Stabenow (D-MI) filed the conference report to accompany H.R. 2, the “Agriculture Improvement Act of 2018,” also known as the Farm Bill. The long-awaited measure was passed by the Senate on December 11th by a vote of 87 to 13 and was then sent to the House where it was adopted on December 12th by

As reported previously, negotiations on the Farm Bill remain stalled due to non-PRIA related matters including differences in proposed changes to the Supplemental Nutrition Assistance Program as contained in the individually passed House and Senate measures. Meanwhile, EPA’s authority to collect the full level of registration service fees under existing PRIA 3 has been extended through December 7, 2018 as part of a Continuing Resolution that was signed into law on September 28th. Industry and agricultural interests continue to work in

In related activities surrounding the shortage of BIT, CPDA has been engaged with the Washington State Department of Agriculture (WSDA) in calling for guidance that would set forth a streamlined process allowing registrants of spray adjuvants to substitute alternative preservatives in their products. In a request sent to WSDA’s Registration and Licensing Services Program on September 18th, CPDA Interim President Gary Halvorson emphasized that the BIT shortage is not likely to abate any time soon and he requested that the

On September 25, 2018, EPA’s Office of Inspector General (OIG) issued a report summarizing the conclusions of its audit of the Agency’s FIFRA Section 18 pesticide emergency exemption process. Section 18 of FIFRA allows the Agency to grant federal and state agencies the authority to approve the limited application of an unregistered pesticide not currently registered for that use in the event of a serious pest problem that jeopardizes production of agricultural goods, the environment, or public health and for

CPDA continues to work with EPA and allied industry trade associations urgently seeking a resolution to the shortage of the active ingredient 1,2-benzisothiaxolin-3-one (BIT). Preservative products containing BIT are used in the formulation of hundreds of agricultural pesticide products by many registrants. The precursor chemical o-nitrochlorobenzene, essential to the manufacture of BIT products, is sourced almost exclusively from China. BIT can serve as both an active ingredient or an inert ingredient depending on whether or not it has a pesticidal

On September 21, 2018 CPDA in collaboration with the Far West Agribusiness Association (FWAA) sent a letter to WSDA requesting that the agency temporarily delay the implementation of its proposed plan to establish synonym names for principal functioning agents used in spray adjuvant formulations. WSDA had recently shared with CPDA their intent to develop Principal Functioning Agent text for spray adjuvant ingredients that would be acceptable to both the agency and registrants, with the goal of updating information for all existing 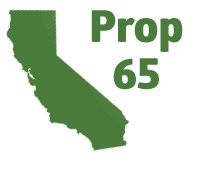 On June 28, 2018, the U.S. Senate passed its version of the Farm Bill, titled the “Agriculture Improvement Act of 2018,” by a vote of 86-11. The Senate vote was held one week after the House passed its version of the legislation, the “Agricultural Nutrition Act of 2018,” on June 21st by a narrow vote of 213-211. The House and Senate passed Farm Bills contain provisions that would reauthorize the Pesticide Registration Improvement Act (PRIA) and would eliminate the National

On May 30, 2018, the Attorneys General from the states of California, Maryland and New York filed a lawsuit against EPA over the Agency’s delay in publishing a notice of availability of revised training materials that focus on the expanded pesticide safety and application requirements under the Agency’s changes to its 2015 Worker Protection Standard (WPS).  The suit, filed in the U.S. District Court for the Southern District of New York, asserts that EPA’s delay in the publication of a

EPA has announced an extension of the comment period and a public hearing on its proposed rule titled “Strengthening Transparency in Regulatory Science,” published in the Federal Register on April 30, 2018.  The public comment period, originally scheduled to close on May 30, 2018, will now end on August 16, 2018.  Comments may be submitted at www.regulations.gov identified by docket number EPA-HQ-OA-2018-0259.  The public hearing will be held on July 17, 2018 at EPA’s William Jefferson Clinton East Building,

CPDA Interim President Gary Halvorson will present at the Western Plant Health Association (WPHA) 2018 Regulatory Conference, scheduled for July 25-26 in Sacramento, California.  He will provide an overview of CPDA’s voluntary Adjuvant Certification Program and how registrants and users of adjuvants bearing the CPDA certification logo can be assured that the product conforms to specific product claims and EPA requirements. Over the last several months, CPDA has engaged with WPHA on mandatory revisions to product label warning requirements under California’s

EPA has announced a 60-day extension of the deadline for the submission of public comments on the final Biological Opinion (BiOp), issued by the National Marine Fisheries Service (NMFS) under the Endangered Species Act, on the potential effects of chlorpyrifos, diazinon, and malathion on listed species and critical habitats. The Biological Opinion found jeopardy to 38 species and adverse modifications to 37 critical habitat units. It also includes a series of Recommended Prudent Alternatives (RPAs) based on the “best available information

Farm Bill (H.R. 2), the “Agriculture and Nutrition Act of 2018,” Fails to Advance on the House Floor

House passage of the Farm Bill (H.R. 2), titled the “Agriculture and Nutrition Act of 2018,” fell short by a vote of 198-213 during floor debate on the measure held May 18, 2018.  The bill failed to advance largely due to the leadership’s refusal to agree to the demands of a bloc of House Republicans seeking a separate vote on an unrelated package of immigration measures.  Discussions in the House are now underway as the leadership tries to end the

The CPDA Annual Adjuvants & Inerts Conference – Agrotechnology Challenges in Today’s Ever-Changing Market – will provide attendees unique opportunities to hear from experts from around the nation about trends and developments shaping the current state of the agrotechnology industry. The program features presentations and panel discussions on a range of key topics, including how changes to the California’s Proposition 65 labeling requirements, which go into effect August 30, 2018, could affect many pesticide and adjuvant labels. Inert products used in adjuvant or