CPDA Director of Legislative Affairs Don Davis presided over the Legislative Policy Conference held in Washington, D.C. on March 8th and provided attendees a snapshot of the post-election political landscape and regulatory climate under the Trump Administration.  The following is a summary of the key highlights of Don’s presentation.

Across the nation, some 44 state assemblies now fall under Republican control and in 25 states, the GOP controls both the Assembly and Senate in the state legislature. The electoral map of the U.S. also shows that 33 Republicans and 16 Democrats hold the governorship.  The party breakdown at the state level is important in that it plays an important role in what happens at the federal level – especially when it comes time for Congressional redistricting.  Meanwhile in the 115th Congress, 237 Republicans and 193 Democrats make up the House (with 5 seats currently vacant) while 52 Republicans and 48 Democrats make up the Senate.  However, the GOP’s control of 52 seats in the Senate falls short of the 60 votes needed to break a filibuster under current Senate rules.

With regard to the current regulatory climate in Washington, the Trump Administration has wasted no time in pushing forward its agenda of regulatory reform and has already signed several Executive Orders of importance to CPDA.  Every President since George Washington has used the power of the presidency to issue Executive Orders as a means of instructing federal agencies on how to implement a law but sometimes as a way of circumventing existing law.  Yet, an Executive Order can be overturned by the Judiciary if it is determined that the EO is unconstitutional or not supported by the underlying statute.  In addition, Congress can pass a new law to override an Executive Order, subject to a Presidential veto. 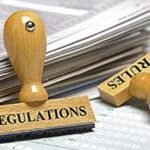 Among the Executive Orders that the President has signed is the directive set forth in a January 20, 2017 White House memorandum that establishes a temporary regulatory “freeze” prohibiting all federal agencies from sending any regulation to the Office of the Federal Register (OFR) for publication until a department or agency head appointed by the President reviews and approves the rule.  Rules that have been sent to the OFR but have not yet been published in the Federal Register must be immediately withdrawn pending review by the Administration.  Another EO, signed by the President on January 30th, requires any executive department or agency that proposes a new regulation to identify two regulations to be repealed.  For fiscal year 2017, the total incremental cost of all new and repealed regulations must be no greater than zero.  Finally, the President signed an EO on February 24 which instructs each federal agency to designate an official as its Regulatory Reform Officer within sixty days of the order.  These officers would oversee the administration’s regulatory reform policy laid out in previous executive orders within their respective agencies.

In addition to these White House actions, the Republican controlled House is advancing its own agenda of regulatory reform with the introduction of several legislative initiatives supported by CPDA.  Among these are the Regulatory Accountability Act of 2017, the Congressional Review Act of 2017, and several other measures intended to instill transparency into the federal rulemaking process without imposing unnecessary cost or undue burden on the regulated community. 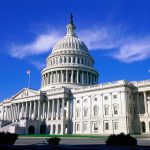 Before dispersing to Capitol Hill, CPDA members received the following “Lobbying 101” tips in preparation for their Congressional office visits:  1) Know the make-up of the political environment within which you are advocating your position; 2) Get to know Members of Congress who play a key role on specific bills of interest (including the majority and minority leadership who sit on the Committee of jurisdiction); 3) Acquire an understanding of the legislative process and how bills move through Congress; 4) Develop a personal relationship with the elected Representative from your Congressional district as well as his/her staff but do not contact them only when you need something; 5) Leave behind a one-page fact sheet summarizing the issue and stance along with your business card; and, 6) Follow up any Congressional office visit with a personal thank you note.

With these tips and pointers fresh in hand, Council member company representatives embarked on a very successful and productive “Rally on the Hill” relaying CPDA’s position on key legislation that will have a profound impact on the agrotechnology industry.