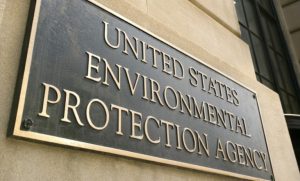 EPA has responded to public comment on its proposed interpretation and clarification of the definition of a pesticide label “panel” and the placement of first aid statements on such labels. The Agency states that first aid language for Toxicity Category II and III products are not required to be placed on a visible front, back or side panel.  However, EPA strongly recommends that registrants take the following steps:

EPA affirms that except in rare cases where an exception or variance has been approved, first aid statements for Toxicity Category I products must continue to appear on the front panel as required under 40 CFR 156.68(d) and PR Notice 2001-1.

EPA’s response follows the release of a December 2016 memorandum for public comment in which the Agency set forth its proposed interpretation and clarification of the definition of a label “panel” and the placement of first aid statements on such labels based on the product’s Toxicity Category.  In its memorandum, the Agency articulated its interpretation of the term “panel” as being that portion of a label that is immediately visible on a pesticide product at the time the pesticide is sold or distributed.  EPA maintained that first aid language must be readily seen on a visible panel (front, side or back depending on Toxicity Category) and may not be placed inside multi-page labeling (i.e., “extended text,” “accordion,” “saddle stitched,” “pull-out,” “booklet,” or other type of formatted labels) that would be accessible only by manually opening a booklet or unfolding accordion style pages.  EPA asserted that this interpretation of the term “panel” is consistent with the guidance contained in PR Notice 2001-1.  While EPA acknowledged that it would consider requests for alternative placement of first aid language on Toxicity Category I products on a case-by-case basis, the Agency underscored “it is unlikely we would allow Toxicity Category I first aid statements to be placed only within a fold-out label format.” The Agency initially established a 30-day public comment period on its proposal and then subsequently granted a 60-day extension for comment that ended March 7, 2017.

Common themes articulated in the comments received by the Agency focused on the lack of a definition of the term “panel” in the CFR, the absence of any regulatory mandate stipulating that first aid language for Toxicity Category II and III products be immediately visible on the container, and EPA’s apparent attempt to depart from long-standing label approval practices without sufficient justification or input from the states demonstrating a need for such a change. Commenters pointed out that there is no evidence that first aid statements placed within a multi-page label has resulted in users not easily locating first aid treatment when needed.  Commenters also elaborated on the logistical and financial challenges that would be associated with a regulatory mandate calling for the revision of product labels so that first aid statements are clearly visible on “any panel.” Among these are the space limitations precluding the inclusion of first aid, environmental hazard, and use directions on a visible panel, especially for smaller product containers. Several commenters also expressed concern that the costs incurred in reconfiguring and redesigning product labels, especially for those companies that may sell or distribute 1,000 or more products, could be prohibitive.

In announcing its decision in the recently issued response document, EPA acknowledged many of the concerns conveyed by industry:  “…Based on the comments received and the apparently wide reliance by the regulated community on an interpretation that ‘any panel’ included inside panels, the Agency will not require the first aid statements for Toxicity Categories II and III products to bear the first aid statements on a visible front, back or side panel (as the Agency memorandum posted to the docket on December 7, 2016, had proposed)…”  The Agency’s memorandum and full response to public comment may be reviewed in docket number EPA-HQ-OPP-2016-0545 which may be accessed by clicking here.