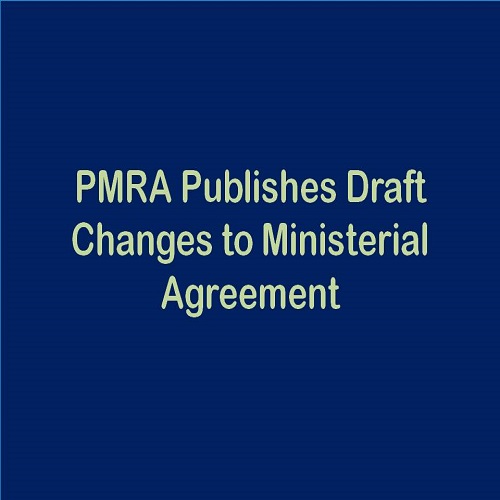 On December 30, 2016, Health Canada’s Pest Management Regulatory Agency (PMRA) published its long-awaited proposed revisions to the Agreement for Data Protection under Section 66 of the Pest Control Products Act (PCPA), currently known as the “Ministerial Agreement” (MA).  The MA governs the process by which an applicant for a generic pesticide registration in Canada obtains the right to use or rely on data provided by the basic registrant under the PCPA.  The MA sets forth the mechanism for entering into negotiations and arbitration over data compensation and specifies the requirements for enforcement of the arbitral award.  PMRA is accepting public comment on the proposed revisions to the MA through February 13, 2017.

Concurrent with its release of the draft revisions to the Ministerial Agreement, PMRA has published for public comment a consultation document on the eligibility criteria for compensable protection status for foreign test data.  This draft consultation document describes the situations under which foreign test data will be eligible for 12 years of compensable protection from the initiation date of the Canadian re-evaluation or special review for the active ingredient.  Public comment on this document will be accepted for 45 days from the December 30th publication date of the proposed consultation.

The CPDA-Canada Committee is in the process of reviewing both proposed consultations in preparation for the submission of comments to PMRA.  Both documents, along with instructions for submitting comment, may be accessed on PMRA’s web site by clicking here.

The publication of the two draft consultation documents comes shortly after a December 15, 2016 meeting during which CPDA-Canada President Sue Ferenc and several members of the CPDA-Canada Committee traveled to Ottawa for an update from PMRA staff on possible changes to the Canadian data compensation and arbitration process.  The December 15th session was a follow up to a July 28th meeting with PMRA representatives during which CPDA-Canada members elaborated on the need for changes to the Ministerial Agreement that would facilitate the establishment of a fair and equitable data compensation scheme and remove some existing barriers to generic registration in Canada.

The December meeting also included a discussion pertaining to a CPDA-Canada Committee “white paper” that was presented to PMRA earlier in 2016.  The white paper included a summary of a literature search that was conducted to determine the number of generic products with newer chemistries that have been registered in Canada as a result of the 2010 changes to the data protection system under the “Protection of Proprietary Interests in Pesticide Data in Canada (PPIP)” regulations.  CPDA-Canada concluded that there were no generic products with newer chemistries registered since PPIP became effective in 2010.  The CPDA-Canada white paper addressed the arbitration regime set forth under the existing MA objecting that it is unworkable.  Specifically, under the arbitration terms of the existing MA, an arbitral tribunal is required to choose either the generic applicant’s “willing-to-pay” final offer or the registrant’s “willing-to-accept” final offer, a scheme referred to as Final Offer Settlement (FOS).  CPDA-Canada emphasized that the FOS approach is inappropriate for arbitration and subjects the generic registrant to inordinate financial risk.  The white paper proposed a series of minimal changes that PMRA could adopt in developing a functional data compensation scheme that levels the playing field for generic pesticides seeking market entry in Canada.

Other discussion at the December 15th meeting focused on PMRA’s progress in developing a searchable database for studies in support of pesticide registration submissions and changes to the Agency’s efficacy data requirements in support of the registration of tank-mix adjuvants in Canada.

During the meeting, PMRA representatives provided the CPDA-Canada Committee delegation several documents including:  PMRA Guidance on Adjuvants ( Published in April 2016); an Update on the Data Protection Program; and PMRA Registration Requirements for Adjuvant Products.