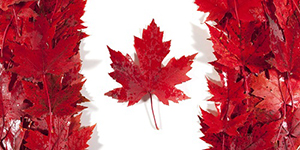 On February 5, 2018, Health Canada’s Pest Management Regulatory Agency (PMRA) published its 2016-2017 annual report which provides a summary of the Agency’s pesticide registration and re-evaluation/special review activities for the year.  According to PMRA, in 2016-2017 a total of 54 generic pesticide products were registered in Canada including 33 technical or manufacturing grade products and 21 end-use products.  In its report, PMRA highlights the importance of the availability of generic pesticides emphasizing that these products “enhance market competition to the benefit of users, including growers.”  The Agency states that it continues to seek ways to improve the data protection program for innovator companies and generic registrants.  However, PMRA makes no reference to the status of its December 30, 2016 consultation document containing proposed revisions to the Agreement for Data Protection under Section 66 of the Pest Control Products Act (currently called the Ministerial Agreement for Data Protection under the Pest Control Products Act).

The Agreement sets forth the mechanism for data compensation and arbitration that must be followed when a generic registrant wishes to rely on the data generated by the innovator in support of the registration of a generic product.  As reported previously, on February 17, 2017, CPDA-Canada submitted comments to PMRA on the proposed revisions expressing disappointment that the changes did not remedy the inequities and obstacles inherent in the Canadian data compensation and arbitration/negotiation process.  CPDA-Canada representatives will be meeting with PMRA officials on April 18th to continue the ongoing discussions with the Agency on how the Canadian data compensation and arbitration mechanism can be made more equitable and balanced so as to meet the Agency’s objective of enhancing market competition.