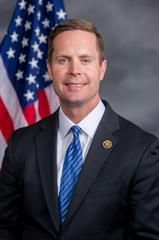 Representative Rodney Davis (R-IL), Chairman of the Subcommittee on Biotechnology, Horticulture and Research of the House Committee on Agriculture, released a letter he sent to EPA Administrator Scott Pruitt on February 22, 2018 expressing his concerns about the potential of a lapse in PRIA.  In his letter, Chairman Davis wrote, “PRIA ensures that companies regulated under the Federal Insecticide, Fungicide and Rodenticide Act (FIFRA) can confidently invest in the research and development of new products because they know that there is a prescribed timeline in which the EPA must review registrations.  To support PRIA’s prescribed timeline, companies pay fees to provide a predictable level of funding which augments the EPA’s annual appropriations.”
Chairman Davis’ letter was prompted by the looming March 23rd deadline by which Congress must either pass legislation to fund the federal government for the remainder of the FY 2018 fiscal year ending September 30th or adopt yet another stop-gap spending measure to avert a government shutdown.  As reported previously, since October 1, 2017 the federal government has been operating under a series of short-term Continuing Resolutions which have temporarily extended EPA’s authority to collect the full level of registration service fees under PRIA which expired at the end of last September.  If Congress fails to extend EPA’s fee collection authority as part of the next funding measure, fees would continue at a reduced rate over a two-year phase-out period established under PRIA before terminating altogether in FY 2020.  However, while fees would be collected during this phase-out period, PRIA timelines for product review would no longer be in effect.
In his letter to Administrator Pruitt, Chairman Davis asked for an analysis of the impact of both a possible lapse in PRIA and the continuation of current law focusing on such activities as staffing levels of EPA’s pesticide program, the collection of product registration service fees and maintenance fees, the Agency’s ability to adhere to timelines for registration and registration review, and other areas directly affected by PRIA.
As a member of the Pesticide Policy Coalition (PPC), CPDA is working closely with Chairman Davis and other members of the House and Senate Agriculture Committees in an effort to secure a permanent, long-term reauthorization of PRIA.  CPDA applauds Chairman Davis for recognizing the importance of PRIA and for his leadership as he works to secure the continuation of the statute.  CPDA will keep its members apprized of further developments on PRIA and the federal budget process as they occur.  To read a copy of Chairman Davis’ letter, please click here.